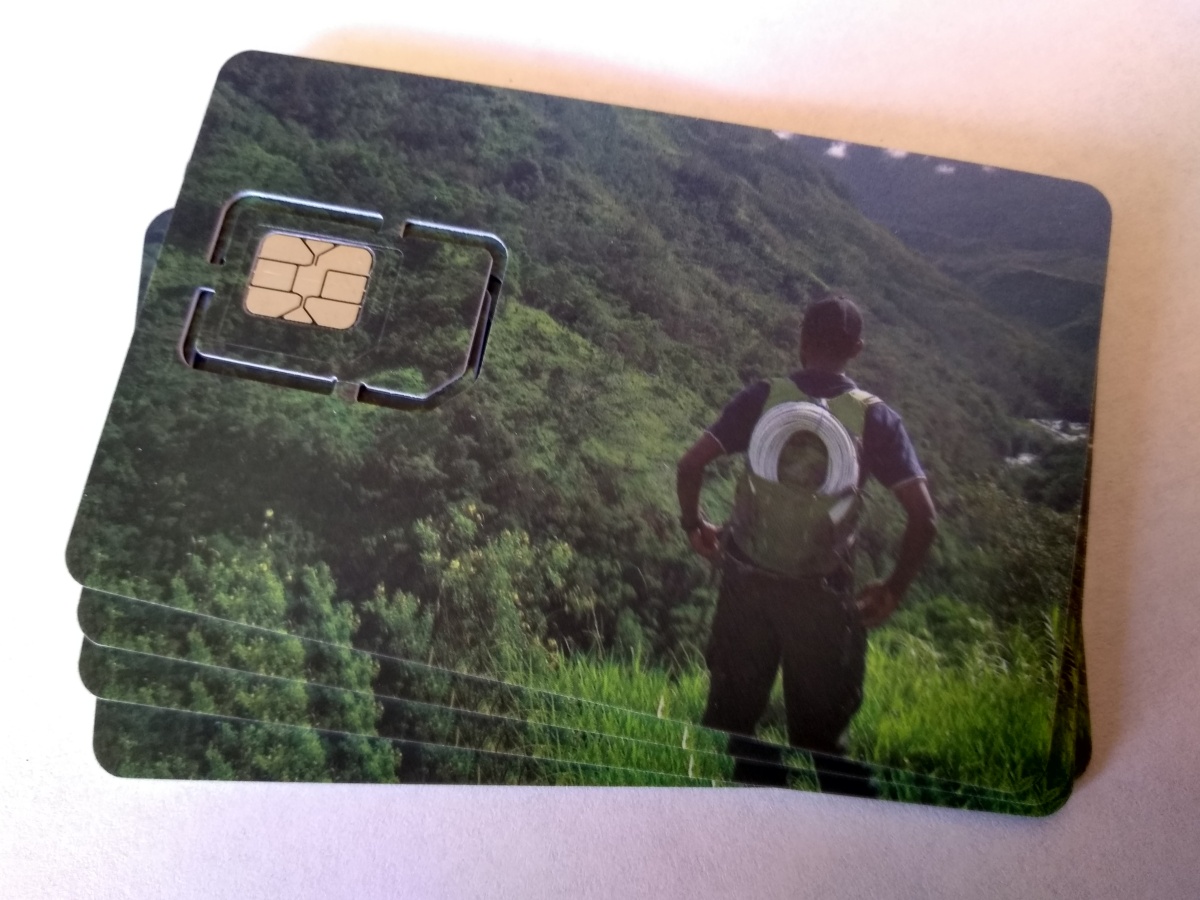 One of the coolest and most interesting parts of this whole project has been the process of designing and purchasing our own SIM cards (1,000 of them, to be precise). Even though the SIM cards are a relatively small part of the whole technical system, they make a great visual, especially with our own design on them. Most importantly, as physical, tangible objects, they really drive home and solidify the idea of “DIY Telecom” like nothing else can.

Where The Heck Do You Get SIM Cards?

On Alibaba.com, apparently! For those of you not in the know, Alibaba is a huge e-commerce site, based mainly in China and geared towards product manufacturers and other parts of the supply chain. It’s where you’d contract with a Chinese producer to buy (normally large) quantities of anything from custom-logo keychains to specialized electronics and machined parts. A quick search for “LTE SIMs” yielded dozens of results, which I eventually pared down to a supplier called GreenCard that appeared to be a small company based out of Shenzhen. GreenCard offered us everything we needed, all for 65 cents a SIM, minimum order size of 1,000 units.

I had never used Alibaba before, and was a little bit nervous about placing such a large order over such a far distance, getting something slightly wrong, and blowing a thousand bucks, but the process was remarkably straightforward and reassuring. The Alibaba website gives you plenty of support, and clearly spells out how to specify things correctly in your order to ensure order satisfaction and CYA in case of a dispute. The vendor I worked with was quite professional, helped me when needed, and delivered a bang-up job all the way through. All in all, the process went incredibly smoothly – the only hitch was communication took longer than I would have liked, but that’s just a time zone issue.

Given that SIM cards are so tangible and user-facing (they’re literally the first and only object a user gets from their telco), we knew it was worth it to put a lot of thought and effort into the physical design, despite the risk of bikeshedding it. After a couple of brainstorming sessions oriented around themes like “empowerment,” “agency,” “local,” and more, I mocked up about ten different designs on Illustrator and passed them around. We ranked favorites, brainstorrmed some more, fine-tuned the designs, and finally settled on the final design below. 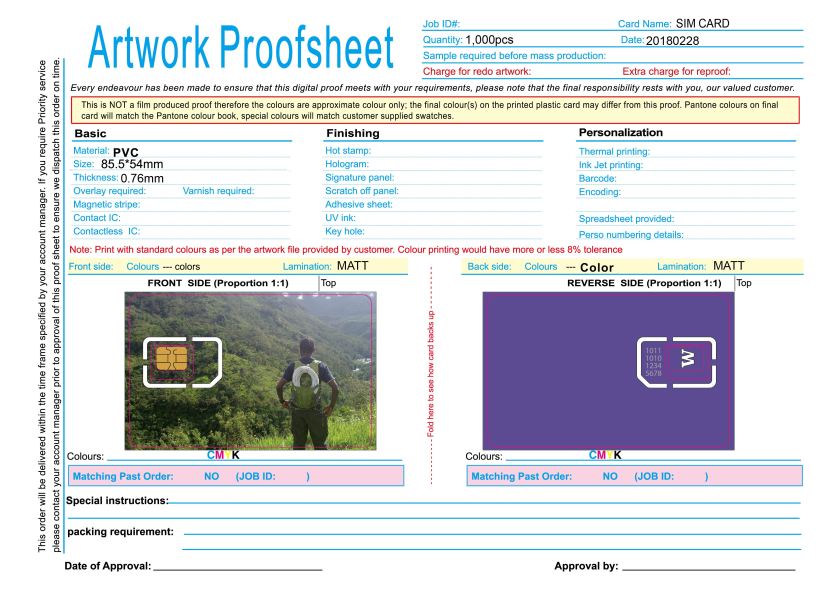 The front side is a picture that Kurtis took in Bokondini several years ago, when they set up the initial VBTS network. We wanted to keep the back simple, with the W centered so that even when punched out, our cards would be instantly recognized as the “Purple SIM” or the “W SIM”. Personally, I’m really happy with how these turned out, and am already thinking about a similar design when we expand into future communities: finding a relatively local picture that highlights and emphasizes the community itself, and using that as the main front design, because when it comes down to it, that’s really what this whole project’s about.

Once we settled on a design, I thought I was almost done… right? Wrong! Turns out there were a ton of other details to take care of before we could place an order: everything from what our Public Land-Mobile Network (PLMN) ID should be to secret keys for security, PINs to lock and unlock the SIMs, even what phone numbers the SIMs should have. We were also able to set the “Network Name” that users see when they connect to our network: though it was tempting to take a page out of WiFi and come up with our best cellular-related puns, we eventually settled on a simple “Bokondini”.

Postdoctoral researcher at the University of Washington. I work on expanding Internet access and connectivity worldwide. View all posts by Spencer